11/29/11
=====Update!!! I  learned that some of the charges in the Shorouk  article that I translated  were not levied against Alaa, but were against others who were summoned alongside  him. The reporter in Shorouk failed to make that distinction. I would like to thank Moftasa for double checking the information and going through the trouble transcribing the lawyer’s statements. Find this and more at his  blog post here.

According to an article in Shorouk New, activist Alaa Abd El-Fattah is to face further charges for the bloody events that unfolded on October 9. It says (translated verbatim):

Shorouk news has received detailed information about the questioning/interrogation that were conducted by the high “emergency” prosecutor’s office with activist Alaa Abd El-Fattah. The latter being accused in the events that took place in Maspero (in-front of the state TV building) on the 9th of October; during which 27 lost their lives and 350 were injured. The number of accused persons, others than Alaa, in relations  to theses events stands at 31, and the case is numbered 391/2011.


The details that we have obtained reveal that three more charges have been pressed against Alaa, most alarmingly  is “willful killing for the purposes of executing a terrorist act”. This brings the total number of charges against Alaa to to twelve.


Abd El-Fattah arrived to the questioning session under heavy security from Tora prison, where he is incarcerated. The questioning session lasted for five hours nonstop. The head of the prosecutor’s office, Khaled Diaa’, along with general councilors Taher El-Kholy and Tamer El-Fergany, and also councilor Hisham Badawy who head the appeals court, have decided that Alaa should be detained for fifteen more days.


The head of the prosecutor’s office accused  Abd El-Fattah  of the following charges:

Abd El-Fattah categorically denied all the above charges. He insisted that he was not around while the deadly violence was taking place. He left his home that day after 9pm, i.e. three hours after the events. Abd El-Fattah stated that while the events were unfolding he was following an Arab bloggers  conference that  taking place in Tunisia. He latter met one of his friends at a subway station and left for Maspero. By the time he arrived there were no army personnel in the vicinity.


He added that he saw a number of thugs attacking the protesting Copts, afterwards a detachment from the central security services arrived and cordoned-off the Coptic protesters.  Later he left for Tahrir square.


The prosecutors presented Alaa with “eyewitness” testimonies of Abdelaziz Fahmy (member of “Egypt the Free” party), and reporter Hana Khawasek.


Fahmy testified that on that day he was heading to the his party’s headquarters in Kasr El-Ainy St. to get some papers. On his way he learned about the large demonstration taking place at Maspero. He added that when he got there he found members of the April 6 youth movement and throngs of activists. The situation got more violent he saw members of the armed forces who were there to protect the building viciously attacked. He said, “while at Abdel Moniem Reyad Square I saw Alaa Abd El-Fatttah and number of his friends, including Wael Abbas and Baha Saber”. Fahmy insisted that “Alaa was agitating against the army since the 9th of March and that I heard him in Tahrir saying ‘We will teach the Army…we will cut off its hands'”. He added, “I saw Alaa with his friends mercilessly beating up a soldier and taking away his machine gun. Alaa then ran with it towards the Nile  and probably threw it there. Alaa then got into a car the left after he and his friends inflamed the situation.”


The second witness, Hanan Khawasik, said: “I swear I saw Alaa stealing a weapon from an armored personal carrier (APC) that was on the 6th of October bridge”. She added she wrote an article about those events titled “For God and Country”. She expressed her staunch support of SCAF “because they protect the country” and that she “fears none and he testimony is for God and country.” Khawasik finally mentioned that she saw Alaa carrying a machine gun and there were others with him at Abdel Moniem Reyad Square.


Alaa responded “those testimonies are devoid of any truth, and they are very contradictory. The first witness saw me with Wael Abbas and this can not be true. Wael was at the time in Tunisia and he only arrived to Cairo much later that day.
The second witness’ account of what shape and form of the APC was absurd as what she described is a truck and not an APC.”


Alaa added that “a further evidence of their perjury is that one witness claimed that I threw the weapon in the Nile, while the other saw me carrying it was at  Abdel Moniem Reyad Square.”


Alaa’s father, Ahmed Sief El-Islam, requested that the “general prosecutor listen to the the defense’s witnesses. They are Wael Abaas, who was arriving that day from Tunisia on flight number 844K (details easily verifiable with the airline company),  Alaa’s sister Sana Seif, his mother Laila Soueif and his wife Manal Bahi El-Deen Hassan.


Seif El-Islam request that  an investigative judge  preside over the case as there is mounting evidence from  national council for human rights that a number  of military officials are implicated in that case.


Seif El-Islam, added, “the prosecutor general office could bend under the pressure from the military in a manner that would prejudice them against the accused, hence I demand that an investigative judge take over”. He also asked that mobile operators should come forth with the logs of Alaa Abdel Fattah’s phone and the prosecutor’s two witnesses during the period from 5 to 9 pm.  He also demanded the the surveillance tapes in-front of Maspero and the Egyptian Museum be brought forth as they will show that Alaa was not present while the violence was taking place. He added that Alaa’s Facebook and twitter status update are further evidence of his son’s innocence. 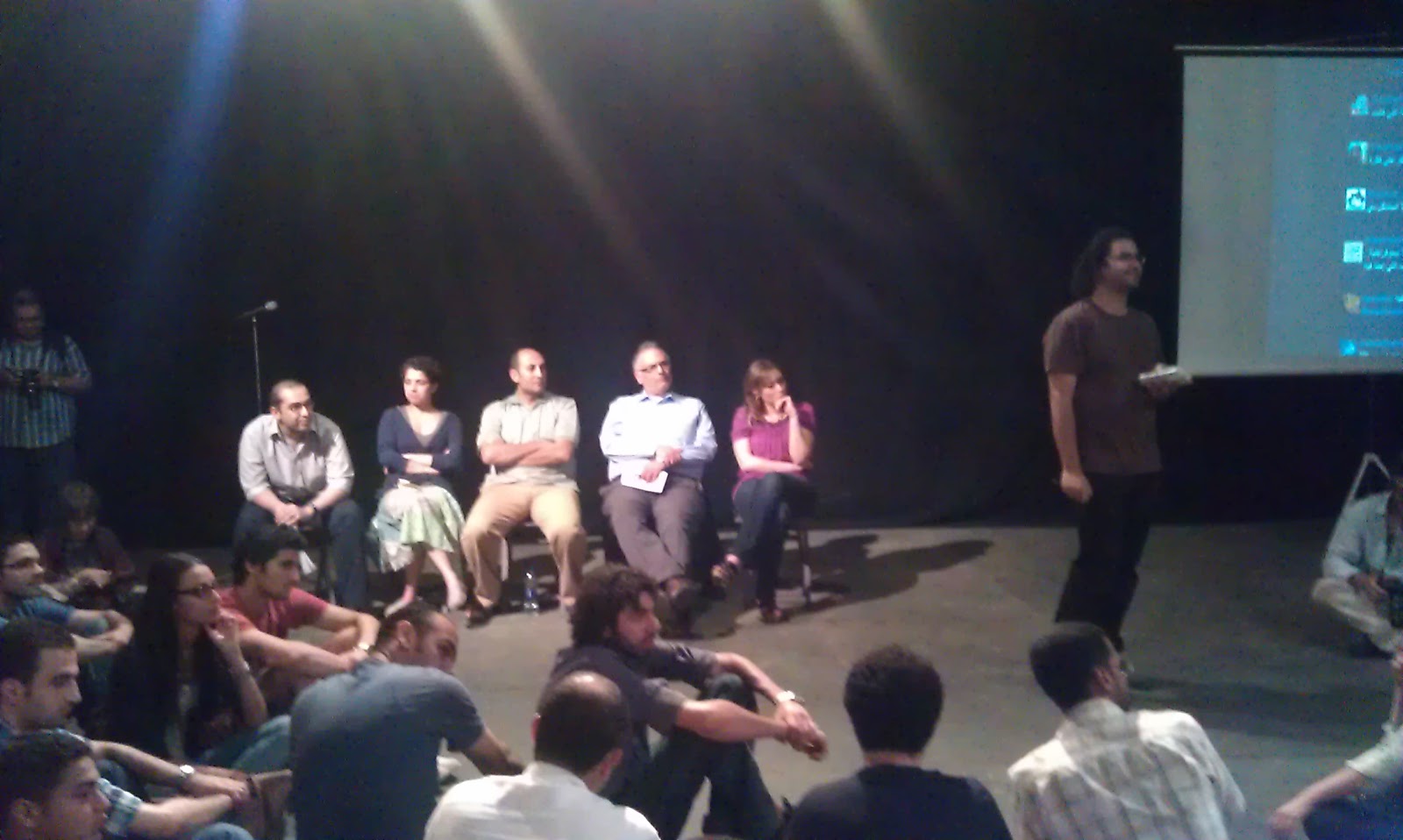